it was wednesday morning and the day opened wide before us. it wasn't a work day, or a preschool day, there were no appointments or pre-arrangements, not even errands.

part of me felt like i had to, i should, DO something. i really should go to the swimming pool we are lucky enough to be members of through dan's job. or we should go to the library and bring home a new crop of stories. that i should just get tristan out of the house and go.

but another part of me really didn't want to be elsewhere.  so i stepped out to water the garden, and our day began. 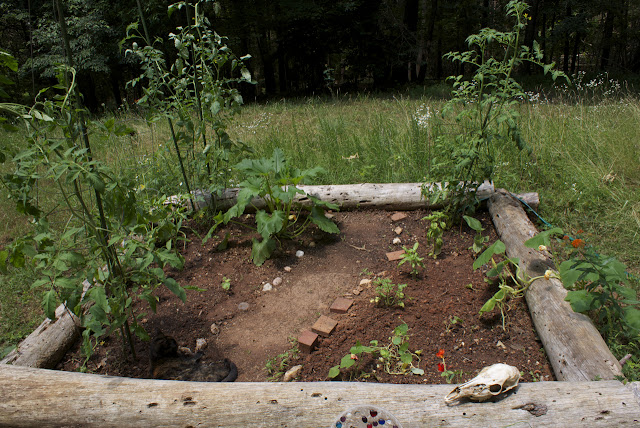 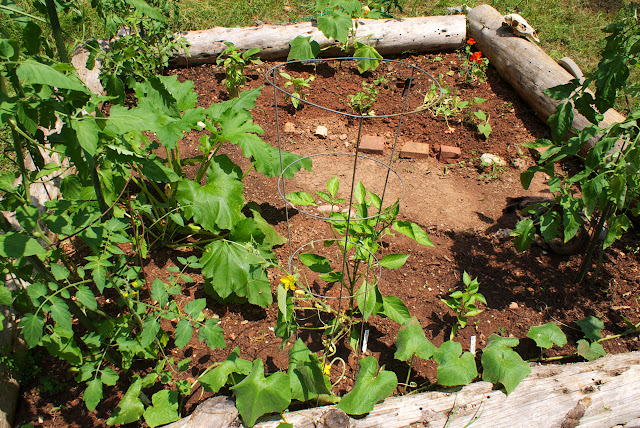 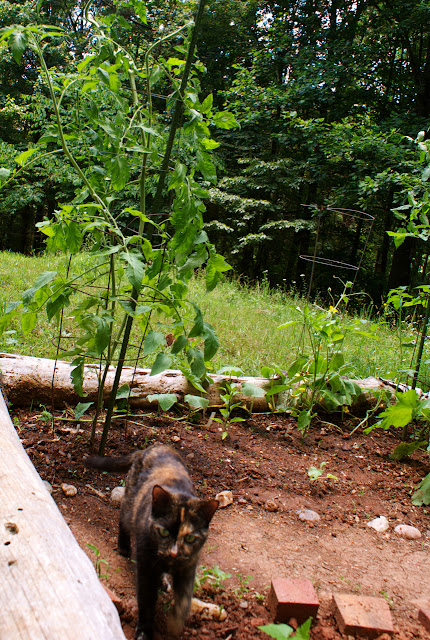 while the deer ate the heads off of most of the black eyed susans that volunteered themselves in our yard, a few have survived and are beginning to open. 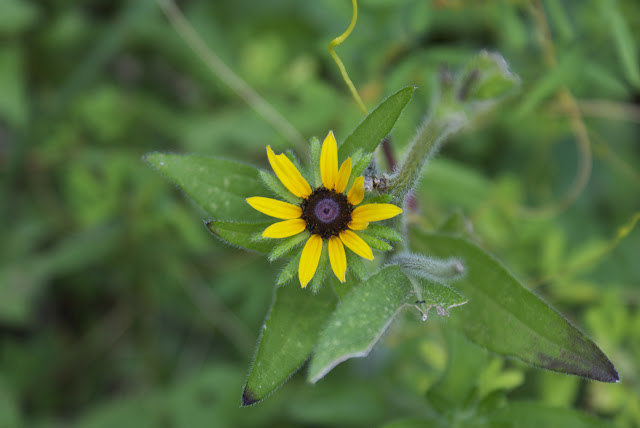 and these littles. so sweet. 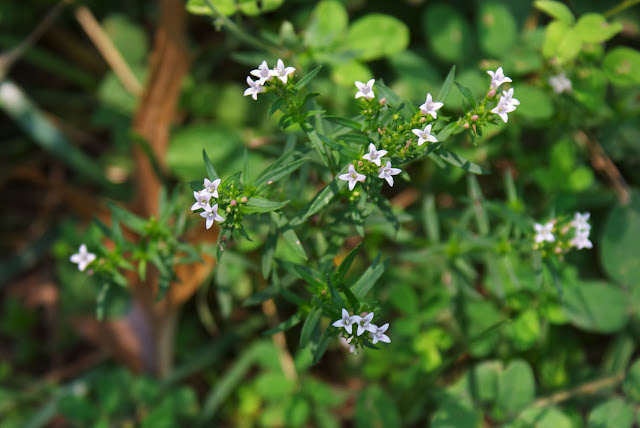 i don't know what these orange flowers are, but they are bright and fabulous! 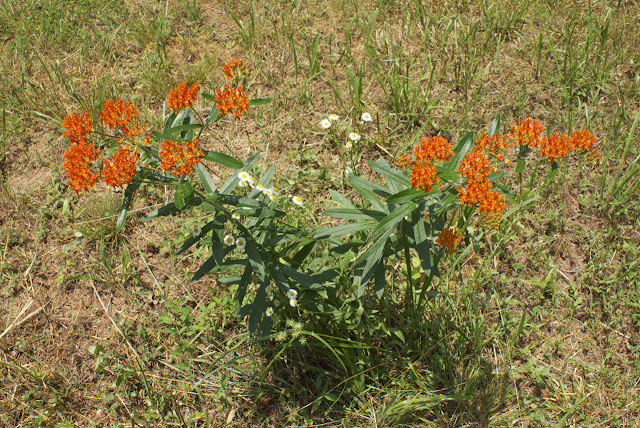 while it may be getting late for planting, i had some organic potatoes that were sprouting, so decided to create an all new potato patch. tristan helped work the soil. we scooped two buckets of compost from the bin and he helped me pour it. he hopped on and off his balance bike, picked up worms, pointed out interesting rocks, and asked confounding questions. 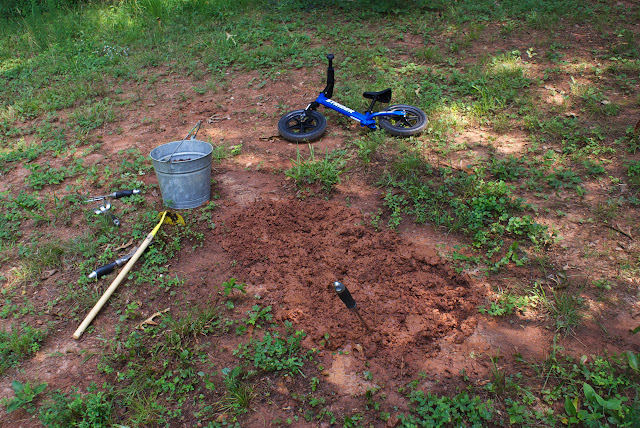 we planted our potatoes in the soft soil and felt satisfied. 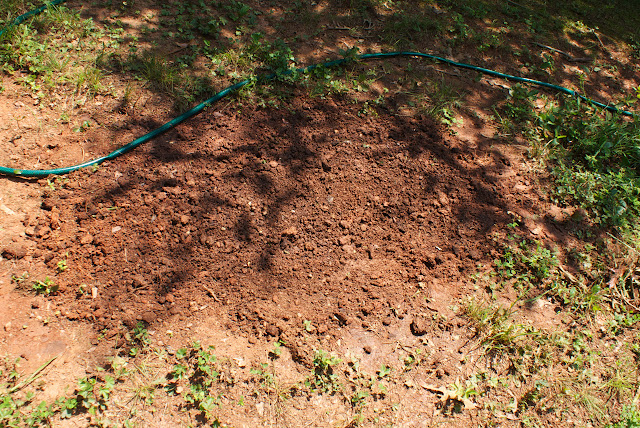 we really did so well, cohabitating the outdoors. he played and sometimes helped me. we conversed from one end of the yard to the other. there were no demands or upsets. we were both out there enjoying being out there, hot though it was! 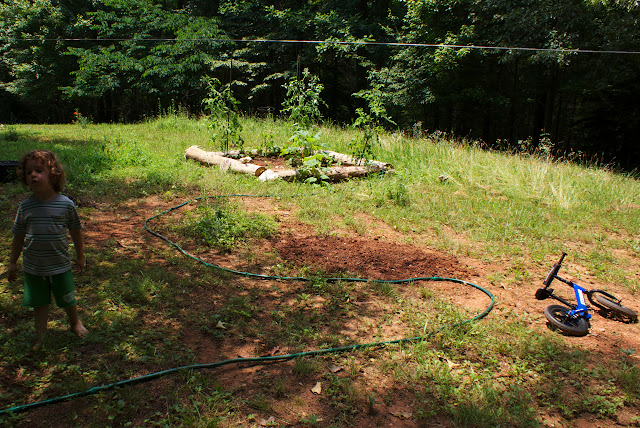 tristan and luna even had a special companionship going. the cats are sometimes wary of this unpredictable bundle of boy, but today luna hung by his side, and he treated her with a curious gentleness. 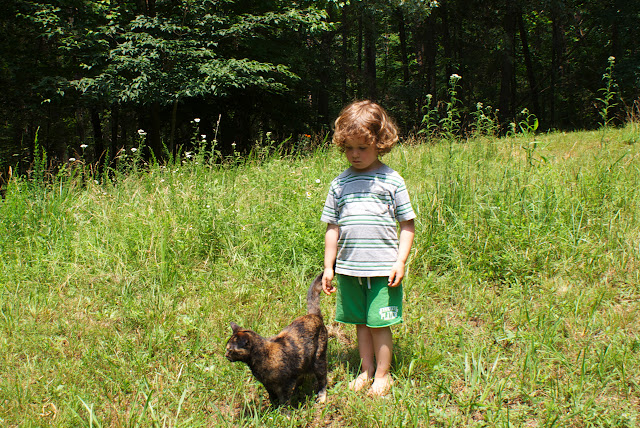 i found the gardenia blooming. and then got to work removing some of the invasive trees growing around it, and all along our deck, taking energy away from the blueberries and still unidentified blossoming bushes. 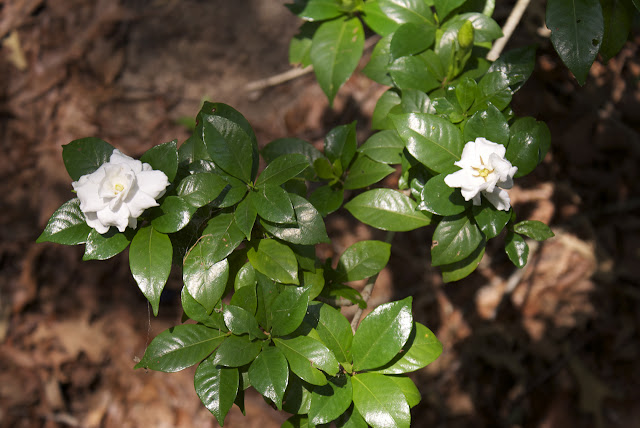 we were pretty hot after mucking around in the yard all morning, so had an icy cold seat in the freshly filled wading pool. welcome to club cedar. 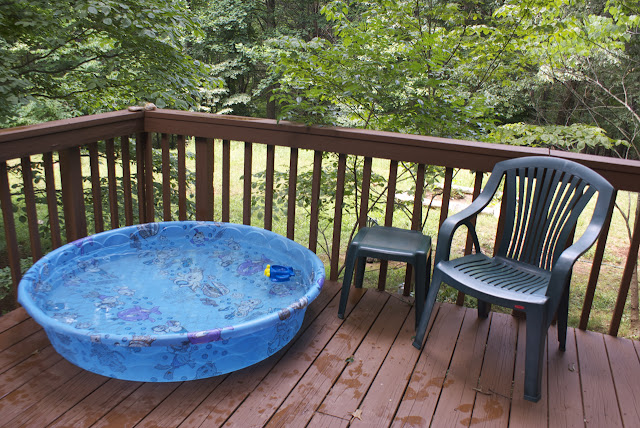 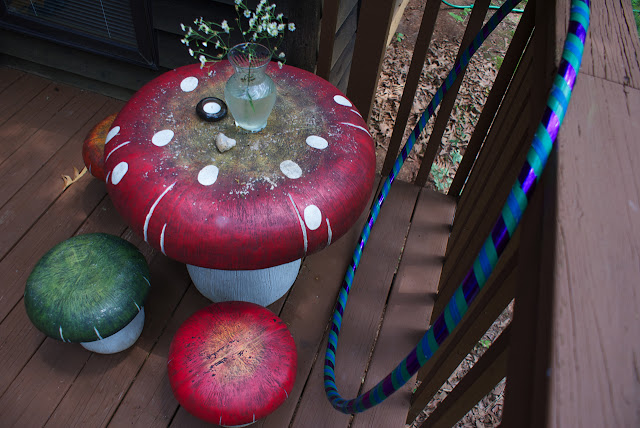 by midday we retreated indoors, had some lunch, and followed it with a blueberry banana cake. so delicious, especially with a little butter while warm. 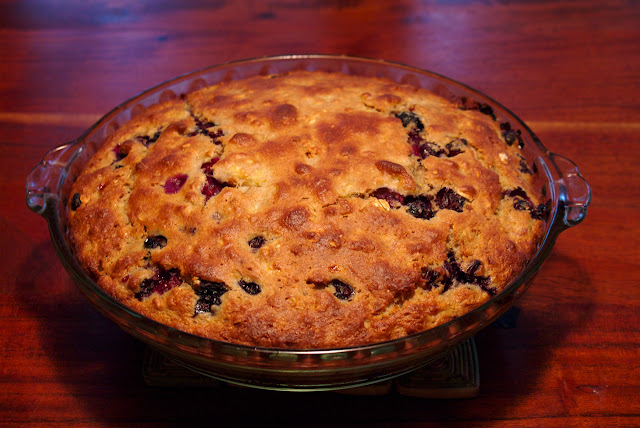 we were finally feeling ready for a late afternoon visit to the pool, when the storms starting rolling in. so we remained at home the entire day.

and i finished someones lap quilt. three months exactly after his birthday. 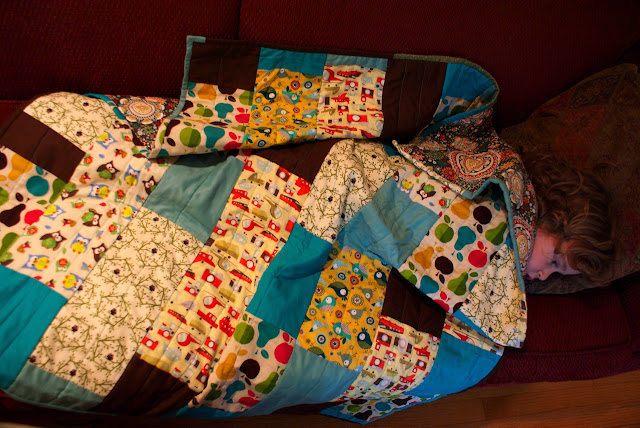 Email ThisBlogThis!Share to TwitterShare to FacebookShare to Pinterest
Labels: around the house, bend the rules sewing, gardening, lap quilt, preschoolers