J is for Jam 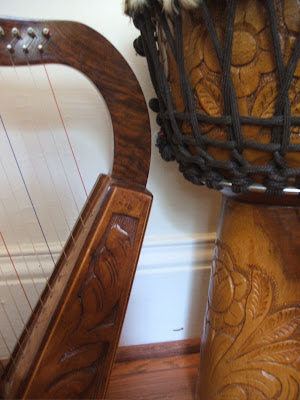 there once was a time when with friends there would be a spontaneous musical jam to celebrate the new year, or the wee hours of a party, or the comfort of a front porch, or a regular evening at home. guitar, accordian, the voice, various scattered pots and pans, harmonica, toy keyboard, african drum. . .

musical jams are the best of times almost always.

dan is in a band. they have specific songs and regular rehearsals. i'm not sure how often an organic improvisational jam unfolds. but i know that dan loves to jam.

recently two of his band mates came over and they played their "other" songs in acoustic on our deck. it was the best of times. there was a folky undertone and clever lyrics. i pulled out my djimbay and tentatively joined in. i too love to jam.

dan and i go through waves of practicing music together. recently we've had a resurgence. sometimes i have fantasies of being a little boy girl singer songwriter duo. but dan is more electric than me. he is even more into the "jam". 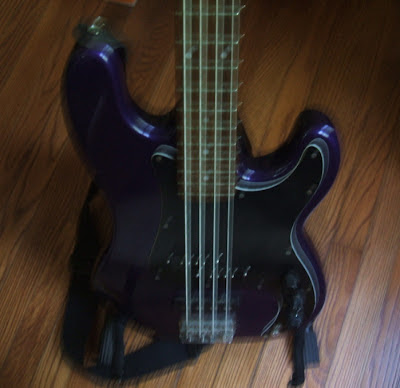 i once tried to teach myself guitar and was making progress. but i guess it wasn't a priority in my spectrum of interests. i've taken a djimbay lesson but rarely want to sacrifice an evening with my family for a drum circle. i took voice lessons for a while and sang songs inspired by jacqui mcshee of pentangle and sandy denny of fairport convention. was i crazy? life didn't endow me with a naturally beautiful singing voice. but i know that a lot can be achieved with practice and determination, exercise and training. i haven't given up on music.

we've sung to tashi every night since she was born (except when she spends two weeks with family in wisconsin). she has sung to us each day since she was born too. now we have all sorts of instruments in the house: bass, guitars, a violin, a lyre, a baby harp, triangles, talking drums, a rain stick, a didjeridu. sometimes we jam. the idea of a family band is appealing also. 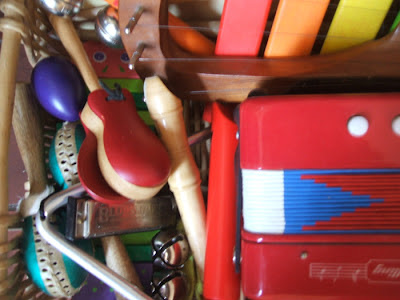 i used to read my poems at open mics; sometimes kaz would accompany me on flute or leni on accordian. we worked these pieces up. but i don't know if the pieces worked. it was the best of times though.