fire in the morning 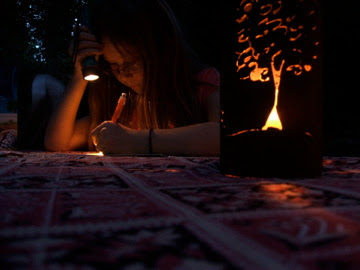 tired day after the backyard camp out. the cats didn't let us sleep; instead they took turns scratching at the tent or plaintively crying at the zipped door. we would let them in and then luna in particular would do nothing but pace around the tent, extending her little claws and testing the texture of all the things that could easily be punctured. we could have locked them in the house, but figured it was a cruel thing that the humans got to stay outside all night while the cats were locked in. we paid for our genorosity! but still it was a fun evening of cooking out and sitting around a campfire and reading and relaxing. 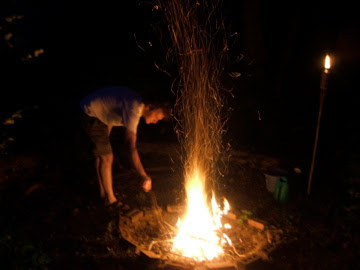 it was also nice to look out into the trees upon waking. a woodpecker drilled at a tree. two squirrels chased each other around a tall trunk. and then a bagel fell from the sky. 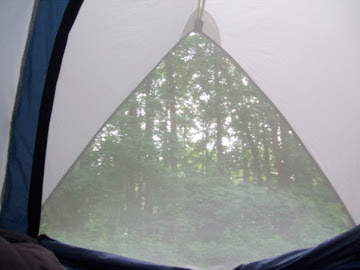 it was an old stale bagel i had thrown into the backyard for critters to devour. apparently a squirrel carried it up a tree but threw it down in disgust. 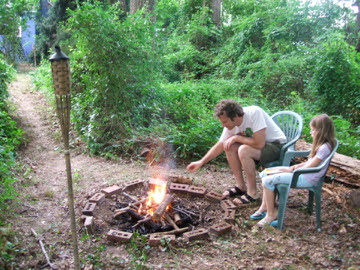